“Eton was founded in 1440 by King Henry VI as ‘Kynge’s College of Our Ladye of Eton besyde Windesore’ to provide free education to 70 poor boys who would then go on to King’s College.

…The school continued to grow and flourished particularly under the long reign of George III (1760-1820). George spent much of his time at Windsor, frequently visiting the school and entertaining boys at Windsor Castle. The school in turn made George’s birthday, the Fourth of June, into a holiday. Though these celebrations now never fall on that day, Eton’s ‘Fourth of June’, marked by ‘speeches’, cricket, a procession of boats, and picnics on “Agar’s Plough” remains an important occasion in the school year.” 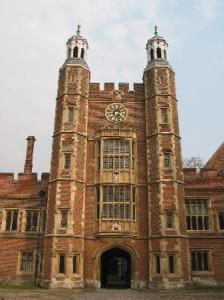 The most important thing to note from the segment above is that the “Fourth of June” never falls on the 4th of June. Who says the world is run by logic?

Upon careful research done through watching a 1-minute YouTube video, I have gathered that the festivities include wearing silly hats and standing up in extremely un-sturdy boats. If you think I’m a dirty liar, click here. You won’t regret it. It’s exactly like a Monty Python sketch except they’re unaware of how silly they are.

Barrie himself has said outright that Captain Jas. Hook attended Eton college, and it brings me much joy to imagine him in one of the celebration’s signature hats. Though long graduated, the lifeblood of Eton still courses through his veins, and he would certainly never long deny the chance to show his avid school spirit.

I have put together a small collection of photos from the event, to bring both joy and fashion inspiration to those who seek it. [P.S. See if you can spot the photo which doesn’t belong] 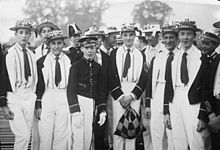 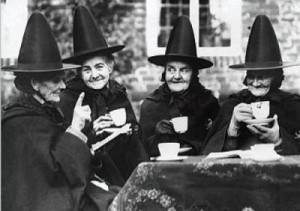 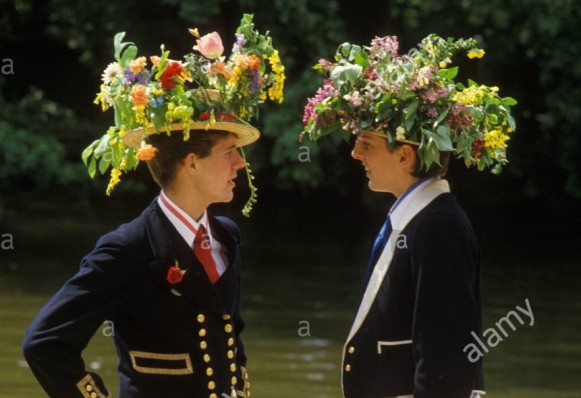 This is exactly the kind of man I want to be.